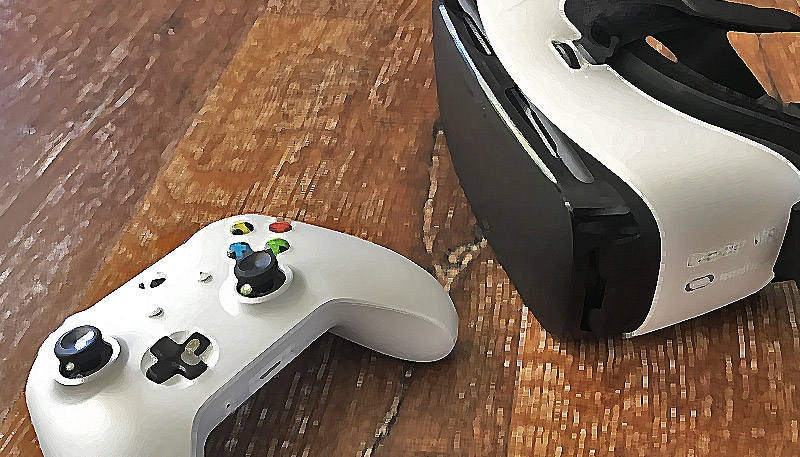 So I've had a Samsung Gear VR by Oculus for some time now. My sister got it free with her phone and didn't want it so passed it on and I've been blown away by the VR world, amazed at how real it feels when you're riding a roller coaster, flying a fighter plane or even just browsing the library.

As I've emersed myself more and more, I was unable to play some games because they needed a controller. To fix this, I figured I'd search online for the right controller and head to the local shops to buy one. Only, it's not that easy to find out what controller to use!

Nothing really came up as being compatible with the Samsung Gear VR and I finally stumbled across a post that suggested that the XBOX One Wireless Controller would be compatible.

I went to EB Games, Good Guys, Harvey Norman and JB Hifi to ask the experts and not one of them had any idea if the controller was in fact compatible. I guess it's too new at the moment so I decided to get one anyway and give it a go.

I'm pleased to report that the XBOX One controller paired with my Samsung S7 within seconds and I was up and running in the virtual world of Minecraft!

At $89 for the controller, it's worth the money, easy to set up and opens up the VR world even further with controller required games suddenly available.