Sorry Foxtel, You've Got It Wrong 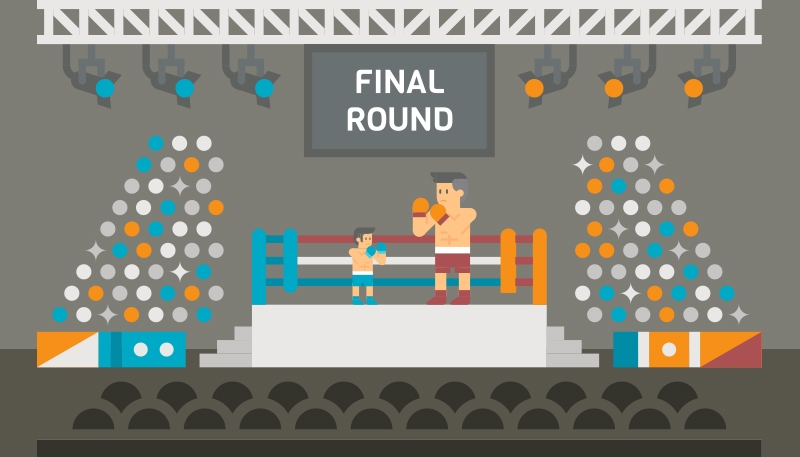 Yesterday while Danny Green was taking on Anthony Mundine in Adelaide, South Australia, another fight was beginning to take shape between Foxtel, a heavyweight in television broadcasting and Darren Sharpe, a lightweight mechanic from Brisbane.

This morning the internet was flooded with news that Darren allegedly paid for the Foxtel broadcast, then live streamed it from his living room to over 150,000 viewers. Earlier according to ABC News, Foxtel boss Peter Tonagh has confirmed that legal action will be launched against people who streamed the boxing bout on social media.

Foxtel, you've got it wrong. You should be thanking Darren instead of launching legal action...

Now before you jump up and down and call me crazy, consider this:

With 28,000 fans watching live at the Adelaide Oval, what would Foxtel do if 1000 of those were all streaming their experience, or even 10,000? And that's just one event!

Don't get me wrong, piracy is an offense, it is stealing and I don't condone it. However if Foxtel launch legal action against those who live streamed the bout, they will be facing an uphill battle, one with potentially no end and one which will consume unthinkable amounts of time and money.

That said, Darren has actually taught us (or perhaps affirmed) a few things and the outcome of this situation could go in a very different direction indeed.

With this in mind, how different would it be if instead of trying to supress the public from doing something which is so easy, so powerful and so free, Foxtel (and other TV providers) provided a platform for people to share their experiences and paid the people to do it?

Crazy I hear you shout! Or is it... You see Foxtel charged people $60 to watch the Green vs Mundine bout and Darren found 150,000 people who could not afford this.

Those people might be prepared to pay $10 to watch it live though (I know I would) and if Foxtel paid even $1 per viewer to Darren streaming it legally through the platform they have provided, that gives Darren $150,000 and Foxtel $1.35m.

Now take that concept and multiply it by how many people might stream live from any event and not only is everyone a winner, but every angle, every move, every part of that event is captured, giving viewers a choice as to who to watch, who to follow and who deserves their $10.

It wasn't too long ago that 360 degree virtual tours were only possible through certified Google Photographers. Seeing the potential, Google launched the free Google Streetview app which then allowed anyone in the world to capture 360 degree virtual tours and publish them to Google's platform. They then reward photographers based on how many views their tours get and their platform is enriched in ways they could never have imagined or physically achieved.

For those streaming an existing television broadcast, the supply of quality streams at an affordable price would render the exercise pointless and naturally weed out the bottom feeders.

Maybe I'm missing something here, but from where I'm sitting, live streaming is global, easy, free and it's here to stay.

Foxtel and other TV providers alike, you have a choice: You can either try to stop it, or you can embrace it and lead the way into the future of social media.