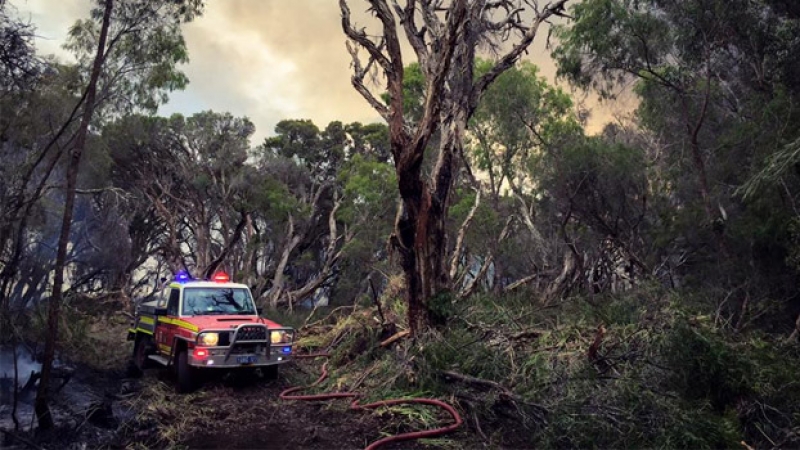 While most people are writing about the predicted trends for 2016, the failures of 2015 or listing their new year's resolutions, I'm reminded that the New Year brings about the promise of change, hope and all things new. The path ahead is clear and we're excited. It's a time where positive attitudes abound and we all seem to feel invincible.

Except that we're not.

In the small country town where I am based, times have been tough for a long time. Each year the number of local businesses decline and the number of people in the town decreases too. Each year we have to think of new ways to survive, new ways of doing business and we spend the year measuring the success of our entrepeneurial ideas.

The worst bushfire in Western Australia in over 50 years put paid to that idea. Not only were more than 140 homes and buildings destroyed and an entire historical town wiped off the map, but the major road passing through Waroona lost a bridge at the south side removing the possibility of passing traffic for at least 6 months.

The main tourist attractions are now gone with the Waroona Dam and Waroona Weir out of action due to issues with the water quality and the danger in actually getting to them. The destruction of Lake Navarino Holiday Park removed a huge amount of accommodation and camping opportunities and having survived a close call last year from a major bushfire, Forest Edge Recreation Camp lost both their existing infrastructure and the hope of building Australia's first Dry Ski Slope - an idea which had many businesses in town hoping for a fresh wind to blow through the town.

Add to that the damage that has ocurred to the stock in local businesses, and the loss of fences, sheds, equipment and livestock for the farmers - Waroona is facing an uphill battle like never before.

We're all so thankful for the help, support and donations we have received, in the so many different forms that it has arrived.

It's a long road ahead and we'll keep you updated over the next 12 months as to how the town and the business community are going. Watch this space :)