The dark ages of the modern vote 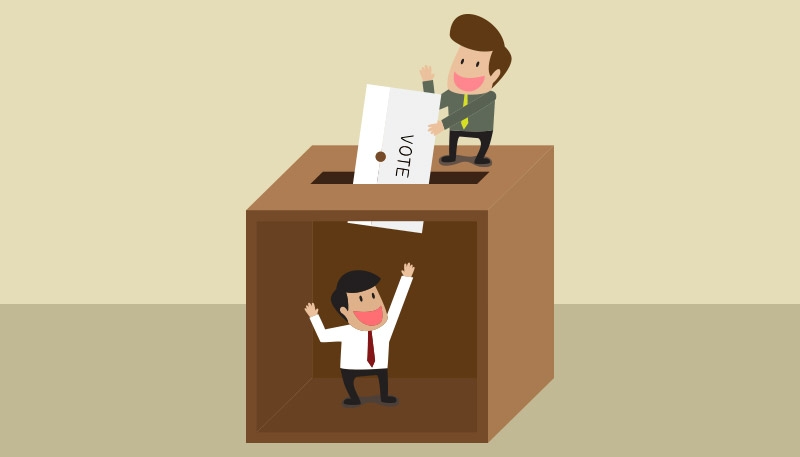 We live in a world which demands instant results. Pressure cookers have cut cooking times in half, microwave meals have cut down the cooking time to several minutes yet even THAT feels like an eternity as you watch your soon to be meal spinning around in circles, the smell of which makes you more hungry by the minute.

Pierre de Coubertin championed the cause for the olympic motto to be higher, faster, stronger. All over the world people strive to be just that, devoting their lives to earn their place in history while businesses and even people in their every day lives look for ways to be more efficient and effective.

The government has placed a huge emphasis on innovation and technology, recognising that we live in a world where technology is now becoming the foundation on which the world's systems and processes are built.

Social media has taught us that we can learn things now, we can have real time, first hand access to news and events from every corner of the world and that this makes the internet a more relevant and personal space for each of us.

The desire to make life easier, quicker, and more relevant has led us to this very point in history.

Yet on Saturday I went to the polling place in town and was transported back to the dark ages as the lady in front of me sifted through a HUGE paper book with tiny print to find my name, marking it off with a ruler and pen.

The lady then proceeded to give me a piece of paper that could almost have been used as the finish line for an 8 lane running race. I was sent over to a small cardboard booth which would struggle to handle an A4 piece of paper, let alone provide enough room for me to put the leaflets I'd been given and try to fit in my finishing line length of ballot paper.

After some juggling around of the paper and nearly collapsing the cardboard booth in the process due to my frustrations, I rolled it up and proceeded to squash it to a size small enough to fit into the ballot box.

My voting was over and it was time to find out who would run the country next. Only I haven't found out yet. No-one has and apparently it could take up to a month to finish counting everything. A MONTH!

Paper plus pen plus manual counting does not equal innovation or represent a country that is moving forward.

The people marking off the electoral roll need a digital tablet. When I provide them with my photo ID, they use the tablet to scan the ID and it will automatically find me and mark me as having attended. They press print and it gives me a slip of paper with a QR code on it.

I get to the booth and it has a digital tablet in there with the candidates ready to be numbered. When I go to place my vote, it validates the vote to make sure I filled in enough numbers and requests the QR code to be scanned.

Job done. I go and put my QR code which was a one time use only into the bin and I'm on my merry way. Because it's digital, I could jump straight on my mobile phone to see who is winning, or if that would perhaps sway the votes, at least make it available once voting has closed.

The technology exists and given the amount of money spent on campaigns there would be no reason why it couldn't be implemented.

No manual counting required, immediate knowledge of where things are at, statistical data available as to the votes placed in which areas, at which time, by which ages, genders, and much much more.

Don't just talk the talk when it comes to innovation, walk the walk and lead the world as you do it.