Trumped by a Snagger 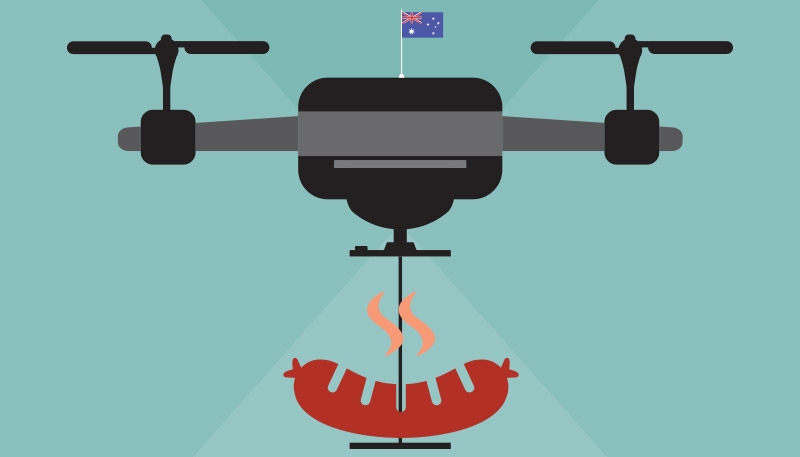 It was the morning after the night before, and the world was and still is divided over the results of the 2016 U.S. Election. For many people around the world, the "Not my President" campaign has begun and dozens of people have been arrested.

For millions of others though, their hero has been elevated to his rightful place and even those countries who slammed Trump have been left with no choice but to send their best wishes.

26,000kms away though, another hero was being elevated... Or at least his Sausage Sizzle was!

For those who don't know me too well, the humble Aussie Snagger is my weakness. So much so that I once created a website to enable people holding a public sausage sizzle to post their location and anyone within a nose hair's distance of the smell of sausages cooking, could check out SausageSizzler.com.au to find the closest place to satisfy their hunger.

Whoever invented the sausage sizzle was in my opinion, a pioneer of innovation and while it has become something of an Australian icon, Bunnings has become almost synonymous with the phrase. Someone at Bunnings who clearly was passionate about their sausage sizzle came up with the idea of helping local clubs and groups to raise money by setting up a BBQ under a marquee on weekends at all (correct me if I'm wrong) Bunnings stores.

Our latest Aussie Innovative Hero though decided to move things into the 21st century and as he was busy relaxing in a spa, sent a drone to collect his Sausage Sizzle for him.

Fantastic idea, great execution, however it allegedly broke a few rules and may now have put the price of the Sausage Sizzle up to $9000. Completely un-Australian, though completely within the law.

The problem is that as unmanned aerial vehicles (UAV), they are regulated by the Civil Aviation Safety Authority (CASA). The rules state among others, that UAVs can not be flown within 30 metres of people, can not be used out of the line of sight, and can not be used over populous areas.

So while the CASA may not be happy, I myself tip my hat to you sir for your innovation and Australian-ness! If you do get fined, set up a GoFundMe campaignand I'll gladly chip in the cost of sausage sizzle to do my part!